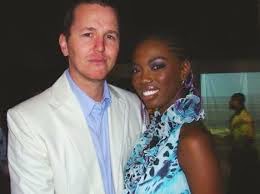 If you have been following the news lately, the arrest of Daniele Watts, an actress of Django Unchained should have told you that this was not just a normal arrest as such. In fact, the arrest only shed light on the kinds of challenges and problems that interracial couples have to face in their daily lives.

Even though the police never charged her with any crime, the way she was handcuffed just showed that we have a serious battle to fight as a society. While the arrest was made wasn’t very clear, but as it turned out, it was a mistaken case that other black women dating white men have to confront every day they wake up.

Brian Lucas, her celebrity boyfriend who was with here there knows too well that something was amiss that day. The police simply mistook this mixed race couple who were having some good time together for a prostitute who was with a client. Lucas is white while Watt is an African American woman.

Lucas said that the police kept on asking him how he knew here and what kind of relationship they have. Such were questions that would make anyone feel bad about interracial relationships.

When black women meet white men, one of the questions that everyone else out there will keep on asking you is, ‘how the two of you met’. Well, this question isn’t really offensive as such because regardless of the racial makeup of the couple, this is a question that will be asked countless times.

However, being an interracial couple always keep you at the receiving end at all times especially in the way that this question is usually asked. This alerts you right away that it isn’t just the nosy inquiry that you get from your aunt who is only trying to confirm that you didn’t meet online.


When you are in the company of relative strangers like at cocktail parties where there are multiple couples and a person from nowhere singles you out to ask you with his arched eyebrow, ‘how did the two of you meet?’ well the implication isn’t just pure curiosity but one of the incredulity.

It might not even make sense to the person just how on earth the two of you met, and he could be seeing it as societal betrayal. However, despite this kind of stigma that mixed race couples have to go through, it is becoming clear nowadays that there is a fast increase in mixed race families today.

One thing that every mixed couple will tell you is that they have had to deal with some sort or indignity or awkwardness that is not subjected to same race couples. It is so unfortunate that mixed race couples still have to go through so many challenges despite the kind of progress that we have been making as a country. Such stories however only succeed in giving those in interracial relationships the will power to carry on with their lives and focus more on being happy.
Newer Post Older Post Home