Tips to Help You Build a Successful Interracial Relationship 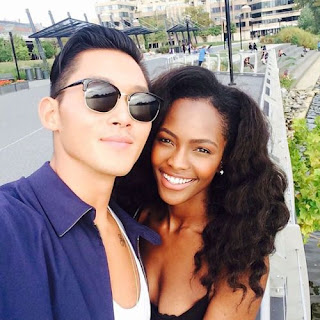 Meeting new people of different races on the internet has never been easier with so many mixed dating sites across the internet today. The issue is however not how to meet, but how to date successfully. Often times we see happy relationships going sour due to many issues which could result from incompatibility, lies, immaturity, pride, and many more. Successful relationships are not and cannot be founded only on looks, but on other vital individual characters each parties may possess. It is true that Looks brings about the first attraction especially on dating sites; however you have to build it from there by finding other vital characters that can keep you attracted to the person apart from just looks. Below are some tips to help you build your interracial relationship successfully.

The fact that you visited an interracial dating site means you have made up your mind to date a Black woman, or you just thought of giving it a shot. Whichever way, no one forced you there so in the same way, you have to let go of the differences between each other’s races and build on the similarities. Differences go beyond just color and language if that is what you are thinking. Ensure she tells you everything about her Race so that you can compare it with yours and build on the similarities while trying as much as possible to pretend as if the differences do not exist.

Some men all in a bid to win a woman’s heart lie intentionally, or make the wrong statements. You don’t have to make statements like “My dear forget it! Racism doesn’t exist” not even when you are trying to make her feel loved. You have to acknowledge the fact that Racism has been the cause of issues in several relationships; however, you have come to the realization that you both can live with your racial differences if you understand and truly love each other. You should let her know that true love is mostly built on the inward appearance of a person and sparingly on the outward, so you both should focus on winning each other’s hearts first.

Just as it is wrong to say Racism doesn’t exist, it is also wrong to claim you found attraction in her only because of her Race. While this might make her blush at the first instance, she’ll soon come to the realization that her Race shouldn’t be the only reason to attract anyone to her. If you are so much in love with her Race, tell her it’s one of the many reasons why you found attraction in her rather than “only”.

Learn to Love her Physical Differences

When dating someone from a different race, you can’t help but always notice the physical differences between you and the person. A White man dating a Black woman for instance, you can’t help but always notice her dark hair, dark, eyes, and dark skin. These features may occasionally piss you off if you have not learn to love them. However if on the other hand, you’ve made up your mind to love everything about her including her inward and outward appearance, then the relationship will definitely turn out successful.

Just like every house you see still standing today, successful relationships are built on a strong foundation and such foundations includes a lot of love, care tolerance, and patience.
Newer Post Older Post Home