How Common is Interracial Dating and Marriages in the USA? 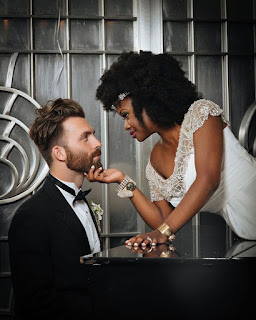 Interracial dating is more common now than it has ever been.  It's been so many years since TV comedy shows like All in the Family and The Jeffersons broke ground by having interracial couples appear on the show.  Nowadays, we really take for granted the freedom we have when compared to the age of segregation, rioting and lynching.

What the Statistics Say

Thankfully we have “grown up” as a culture and realize now that genetic diversity brings us many advantages.  Babies are born beautiful and with genetic gifts from both races.  Still, despite the fact that we CAN date whomever we want, it is uncommon that we DO, at least by percentage.  According to a recent NPR study, white women on dating apps usually do not date outside their race.  Another report from the Pew Research Center claimed that only half of all surveyed subjects, who were older white men and women between the ages of 50 and 64, said they would be fine with a relative marrying another race.

So while we do have a lot of freedom, it's still not as free as it should be.  So it's no wonder why many young people are attracted to different-race lovers, but do fear becoming seriously involved with them for long-term happiness.

Now this doesn’t necessarily mean that society is standing in the way of interracial romance.  It merely means that it's still not as common as you might think.  After all, interracial romances cannot survive on attraction alone.  Both partners have to be evenly or near evenly matched in religious background, education level, perspective and personality.  The more they have in common mentally and emotionally, the less their skin color and ethnicity matters.

If you feel strongly attracted to men or women of another race and have noticed recently that it seems to dominate your amorous thoughts, then there could be a good reason for that.  Maybe the culture calls out to you.  Maybe their faces and bodies just appeal to you more.  Or maybe there’s another subconscious reason that your mind is attracted to a certain race.

Regardless of why, you are free to explore your attraction and see if it develops into anything more serious.  Websites that match up black women and white men dating are a great place to start.  This way, you can surf profiles and save users that look interesting without having to agree to a blind date.  Read their profile and see who stands out the most and who is most likely to be a match.

One thing's for sure: you won't regret taking a chance in using interracial dating sites.  If you don't find a match, no big loss.  However, you will always regret never taking a chance and following your heart to see if an attraction could lead somewhere.  Go with your gut and give interracial love a chance!